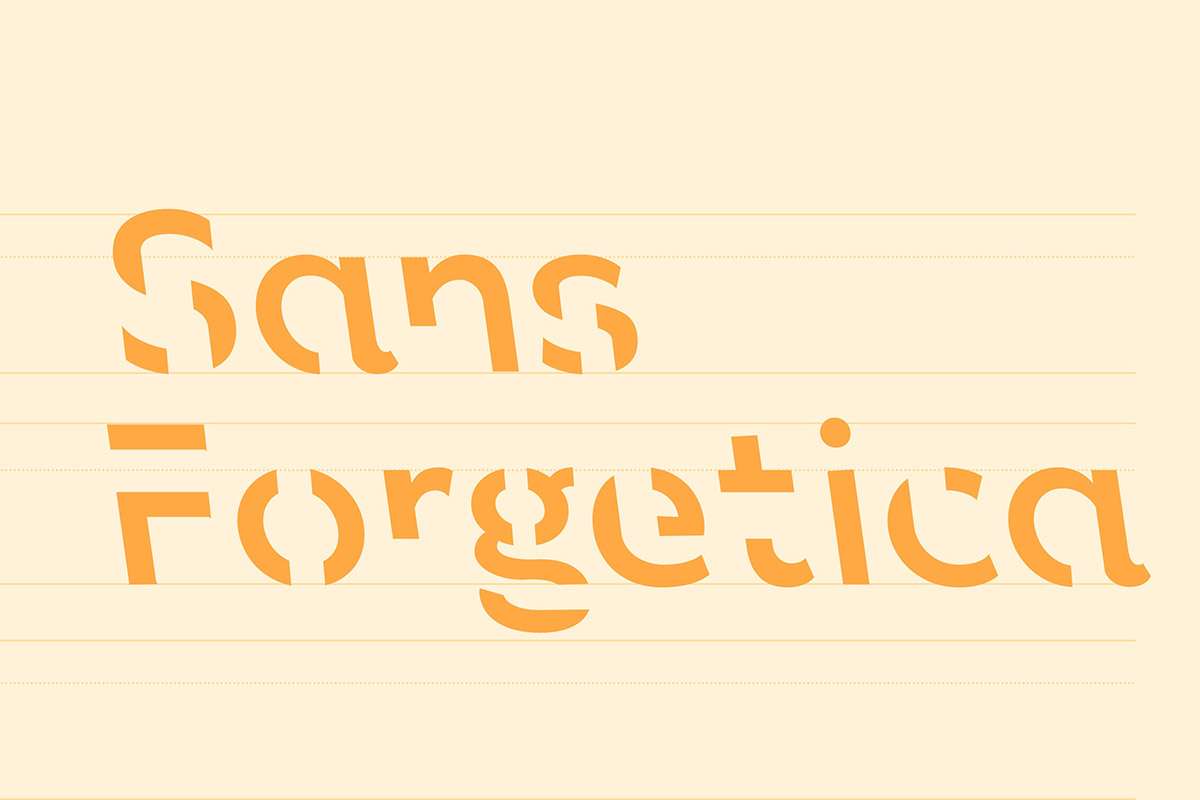 A deliberately hard-to-read font might be the answer for memory lapses.

If you struggle to recall what happened in Finnegans Wake, help may be at hand. A team of scientists and designers at Australia’s RMIT University have created a new font that promises to improve readers’ recall by applying the principle of ‘desirable difficulty’, whose central premise is that the more effort we put into grasping information or ideas, the more likely we are to retain them.

Accordingly, the new Sans Forgetica font is deliberately hard to read. Individual characters have missing bits, which require our brains to fill in the blanks. The font also leans to the left, in direct opposition to the forward-moving urgency of italics, subtly holding the reader’s gaze. RMIT claims that in tests involving 400 students, 50 percent were able to memorize a passage printed in Arial, while the Sans Forgetica rate jumped to 57%. The next step will be to try the technique in different languages or on people with dyslexia.

“Thousands of people have emailed us to say they’ve [successfully] used the font in class,” says RMIT senior lecturer Dr. Janneke Blijlevens. “The quirkiest feedback is probably the YouTube clip of someone who wrote a song about it.”

Although the font is free, Blijlevens stresses that it’s bound by a non-commercial license – no sneaking marketing messages into our brains.

Welcome to the Mosaic blog, your source for digital marketing news, tips and advice. We aim to keep this page updated regularly, with content aimed at helping you think about your digital marketing strategy, your website and how well optimised it is for customers to find it, the targeted search and display advertising that you run, and your social media presence.